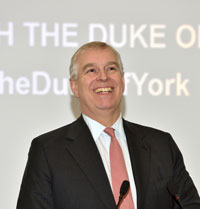 His Royal Highness The Duke of York, KG, founded Pitch@Palace in 2014, recognising the profound role that entrepreneurship is playing, and will continue to play in the future of the United Kingdom and global economy.

Pitch@Palace gives entrepreneurs a unique opportunity to meet the people who can help make their business dreams become a reality. The project supports entrepreneurs by providing them with the best opportunities to access mentors and advisers, distribution systems and supply chains, connections and investment. 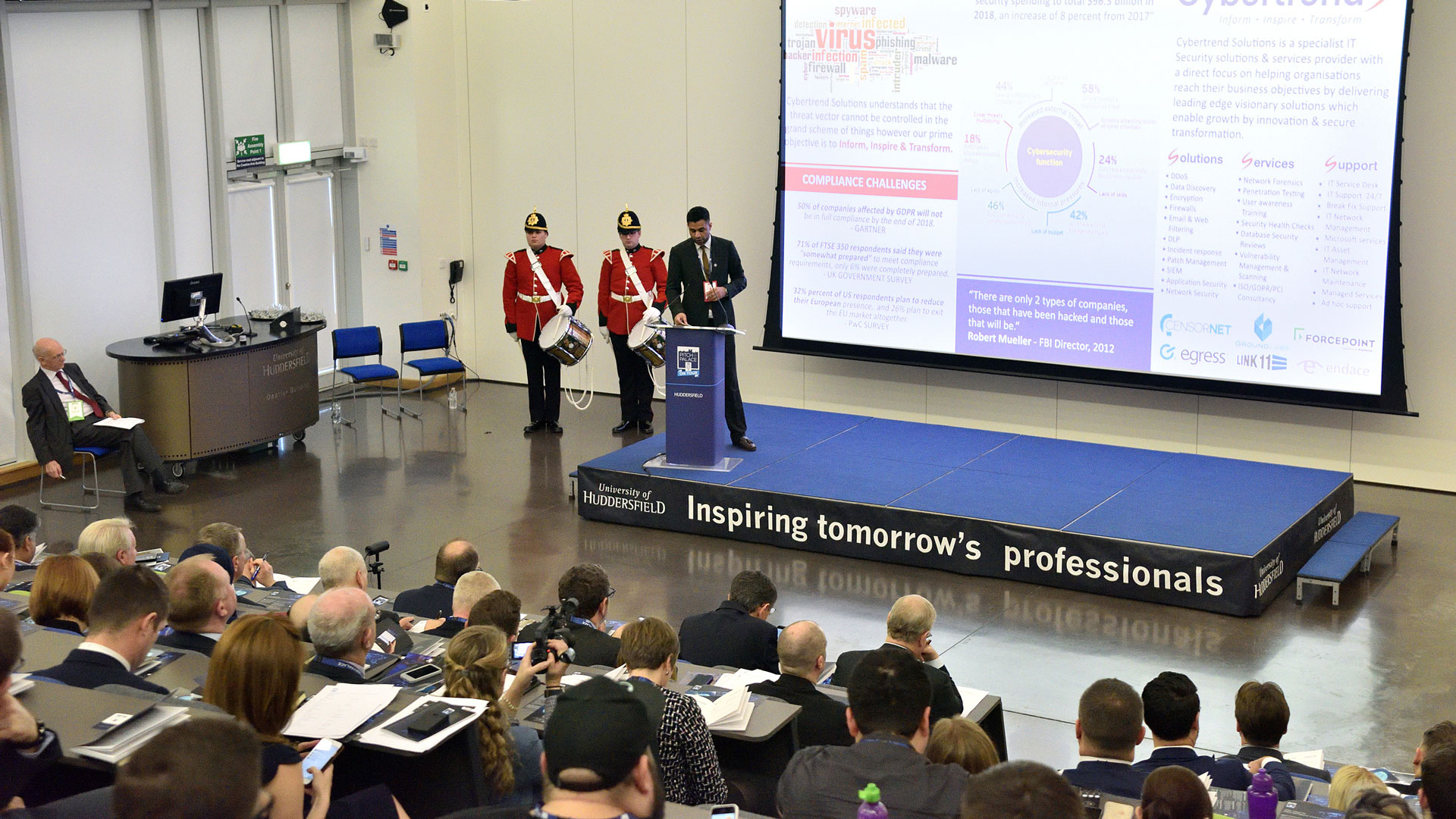 The theme was broadened when His Royal Highness took the Pitch@Palace ‘on tour’ to various venues across the country. This year, Pitch@Palace On Tour made its first visit to West Yorkshire - on Wednesday 7 February - when the event was hosted by the University of Huddersfield, where The Duke is Chancellor.

Innovative business ideas from cutting-edge areas such as cyber-security, artificial intelligence and virtual reality were paraded before His Royal Highness when the latest edition of his Pitch@Palace was staged in Huddersfield. 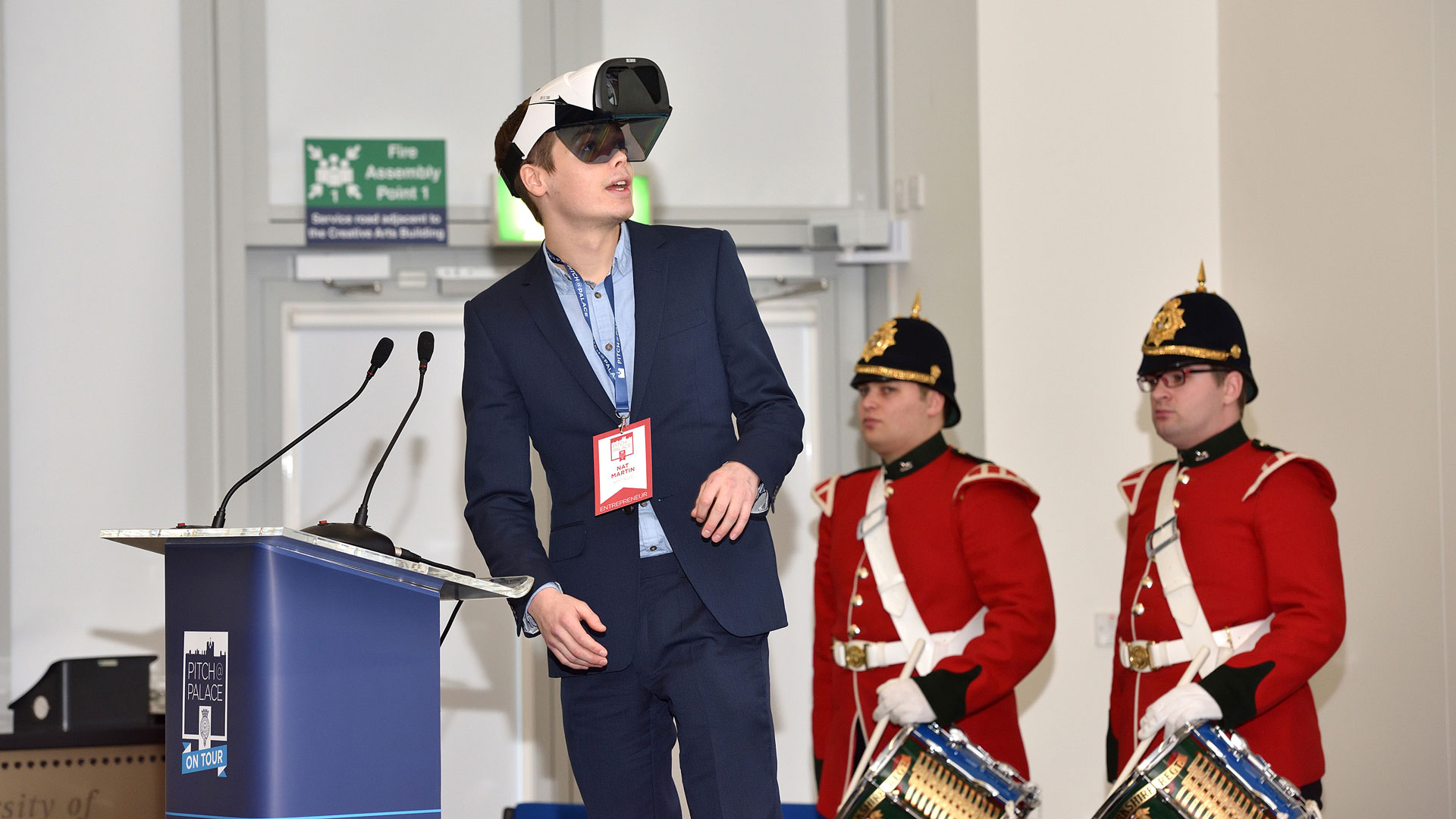 There were 15 three-minute pitches from entrepreneurs, aiming to earn a place at the event’s 2018 finale, held at St James’s Palace, and at a ‘boot camp’ that provides invaluable mentoring and networking opportunities.

A colourful flourish was that as they spoke, the pitchers were flanked by two drummers from the Yorkshire Regiment, in red ceremonial uniforms. If the three-minute mark was breached, the drums were sounded. But most of the speakers got their message across in the allotted time. 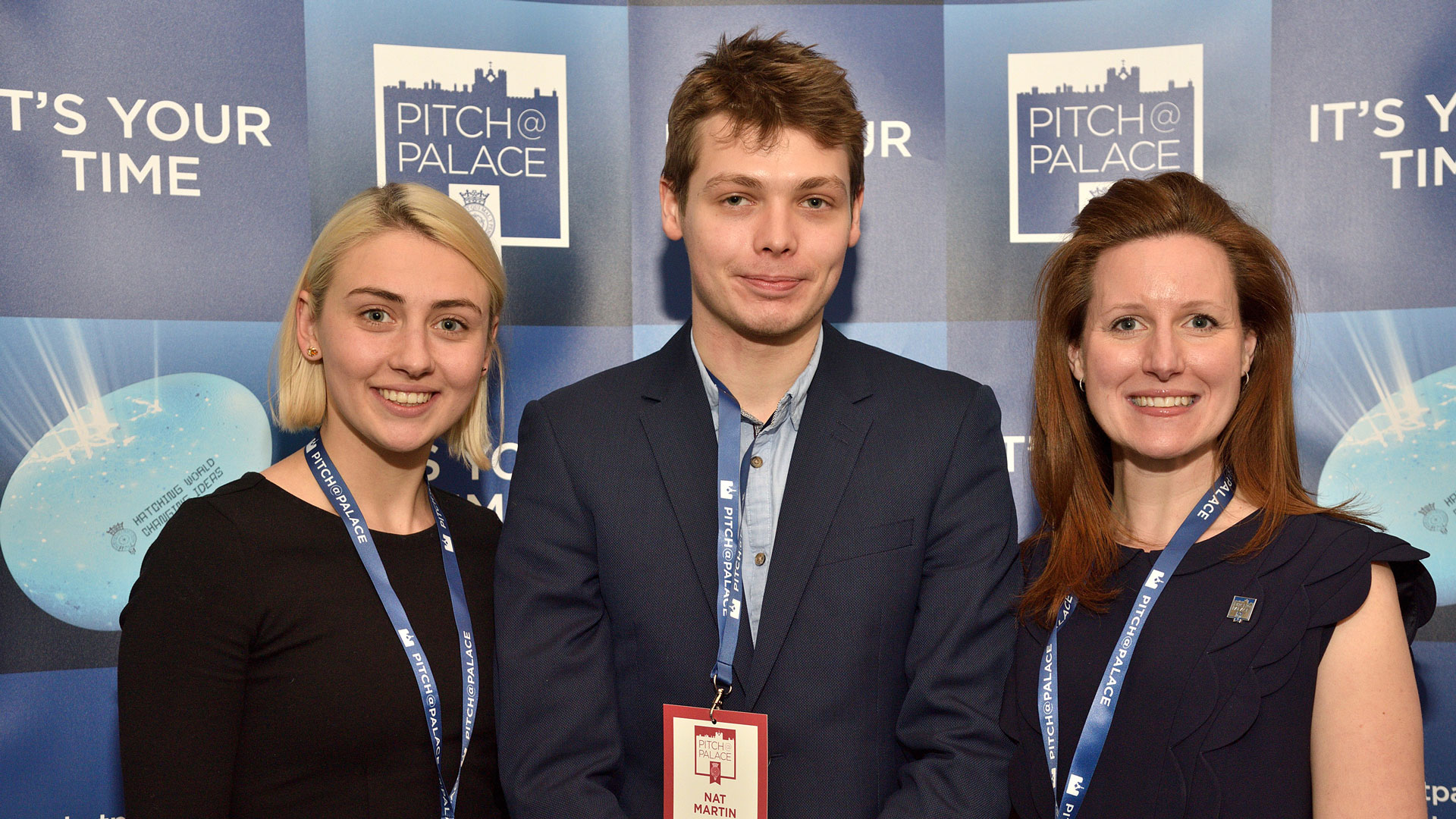 At the closing session, The Duke announced that the three top pitches were from Huddersfield-based Bob’s Business, which provides cyber security training; Memento, which has developed a process for creating 4D virtual reality images by stitching together pictures from smartphones; and Spatialize, which has developed a ring - worn on the finger - that allows interaction with augmented reality technology. Pictured are the winners (l-r) Olga Kravchenko (Memento), Nat Martin (Spatialise) and Melanie Oldham (Bob’s Business). 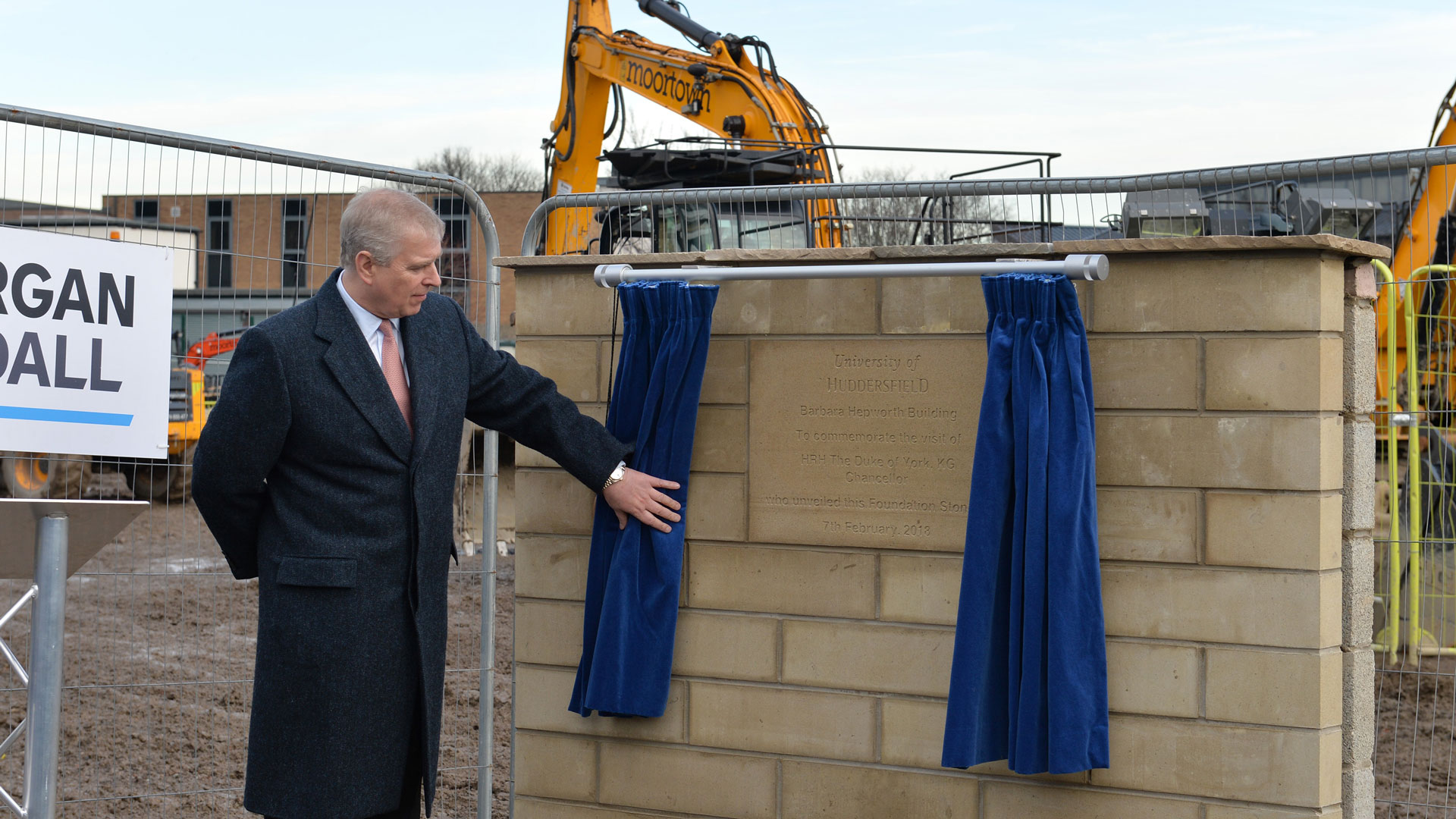 To conclude his visit to Huddersfield, His Royal Highness unveiled the foundation stone of the University’s £30 million Barbara Hepworth Building, due for completion in 2019.

The building is named after the sculptor Barbara Hepworth, who was born in Wakefield. The building will have six-storeys with 7,500 square metres of floor space and will be devoted to the study of art, design and architecture.